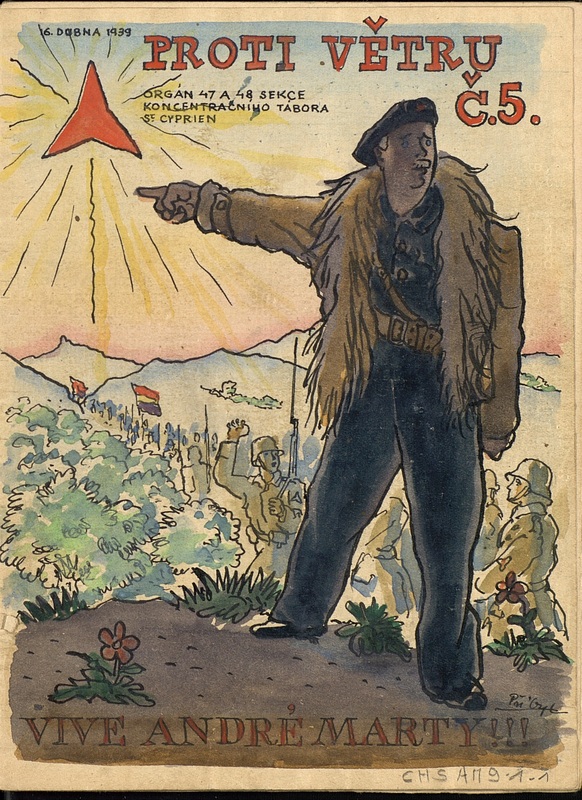 André Marty and the International Brigades

André Marty, French communist executive with a striking trajectory, a former sailor turned into one of the most famous mutineers of the Black Sea before reaching the top of both the French Communist Party and the Comintern, is still controversial while remaining mostly unknown to the general audience. From 1937, the Belgian, then French far-right press had nicknamed him "The butcher of Albacete" in reference to the brutality of his management of the International Brigades, using again a classic epithet of the Great War. Nevertheless, volunteers disappointed the Spain they had discovered and dazed by the horrifying violence of the war, had given this nickname to diverse eminent personalities in their testimonies - before André Marty was - rightly or wrongly - appointed so.

Various recent reprints continue to convey this dark legend, ignoring the progresses of the historical research. The rigorous analysis of the flow of documents which ebbed from the dam set up by the Soviet State and fed by hundreds of tributaries emanating from state and political institutions or private collections, still struggles to be heard in a debate which has been captured by the ideological confrontations inherited from the Spanish Civil War for a long time. Relinquishing superior stances which disdain the prosecution testimonies against a complex and sinuous character, it is necessary, on the contrary, to interpret them according to their various contexts, peeling away the passionate and ideological layers in which they were, sometimes unwittingly, elaborated to appraise them serenely in connection with a now renewed, and enriched historiography.

This exhibition intends in no way to judge, defend, or initiate a trial aimed at André Marty's rehabilitation, twice vilified by an often excessive memory and by the damanatio memoriae of the Stalinist communist party of the 1950s. André Marty left rich archives, unfortunately scattered in many different places. Among them, we have chosen to show here documents on the International Brigades which were mostly preserved in The Centre d’Histoire Sociale du XXeme siècle (CHS).

The appropriate opportunity to do so came spontaneously as 2016 was the triple anniversary: of the birth (1886), and death (1956) of André Marty, and the 80th anniversary of the beginning of the Spanish War, and of the creation of the International Brigades. Of course, the collections of the CHS constitute the main section of the items presented here with commentaries, but these documents are also completed by reserve archives from the BDIC of Nanterre, whose collection is especially abundant for the theme of the Spanish Civil War, as well as by movies kept by the exceptional French project of movies preservation Ciné-archives.

This exhibition, dedicated to Marty and the International brigades, aims to make the most of the André Marty collection kept in the Centre d'histoire sociale du XXème siècle and especially, of the part concerning the Spanish Civil War and the International Brigades. It is organized thematically according to a didactic principle connecting André Marty's itinerary to the International Brigades from Paris to Albacete via the Black Sea, Moscow, and Madrid. Each part offers a series of images integrated into a thematic collection, and illustrated by an explanatory text. By clicking on any image, you can access the whole collection with a viewer.